The miniature (model) buildings on this page are all built to a common scale of 1:24 for a theme park called Aiinsworld, Miniland, south of Seoul in South Korea.   It seems like a misnomer to refer to these as miniatures because, at this scale, the Eiffel Tower is 55 feet tall!   In all, there were 109 buildings replicated.   We designed the park to allow visitors sight lines which make the buildings appear large and full-sized as in Foreground Miniature (Forced Perspective) Photography.  The architecture  was also laid out to avoid seeing other guests and to incorporate the real skyline behind in an effects process we refer to as "Foreground Miniatures".     This is a technique common to film, concerts and stagecraft .  WonderWorks worked hand in glove with Korean Designers, Artisans, Technicians and Engineers in their creation of a world class themed park both in South Korea and their subsidiary in New York.

WonderWorks inc™ key personnel were chosen as Visual Effects designers for this project because of their experience in making miniatures look real on film and to the eye.    EMMY AWARD winning Special Effects Director,  Brick Price, and  Eamonn Price, have years of Award winning experience in creating visual illusions for film, theater and theme parks that helped make this look the way it does.   We will be adding more pictures of this wonderful park in the future.   Please visit Aiinsworld's web site for a tour and to purchase books on these fabulous miniature buildings that are a tribute to architecture as art.

It is nearly impossible to judge the

without a human scale reference.

This is St. Peter's Basilica as a

Eamonn Price adding detail to a

NewYork Skyline with a tribute to

throughout the park.   No other

such park in the world has

featured realistic effects such as

Center model was started prior to

decided to finish them as a

tribute to those who died.

steel spines were created and each

10' section of the building center

hung from cables and stabilized

throughout the Web site and in

Many of the buildings had to have

exacting replicas of real art as

done by the masters.   Some

Miniature pyramid at night with

This scale of model is perfect for

viewing and to replicate detail.

Miniature Building In Seoul At

Sphinx prior to detail and

true engineering as would a real

building.   This model alone is the

height of a real 6 story building.

Miniature Skyline with an eclectic

The skyline at night with

construction at our Sherman Way

featured in literature about the

The Eiffel Tower seems to change

with the seasons and time of day.

The structure is all welded and

Petra miniature in  1:24 scale had

to carved completely by hand

relying on dozens of photos.

Petra from the inside out.

Replica of St. Peter's Basilica at

The Capitol Building even includes

The Coliseum as it once looked but

Hundreds of varieties, and

and bushes were grown an

acclimated to the climate in

Seoul.   Essential to a realistic

Nearly every exhibit has an effect

if not several.   For instance, the

clocks are all functional and set at

Atomic time for their respective

Buildings unique to the culture

were created as a contrast to

architecture from other parts of

A Piece of Fiction based on

written accounts.  The Colossus of 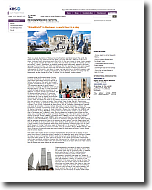 KBS GLOBAL - An article about 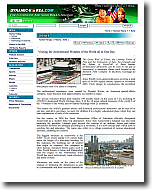 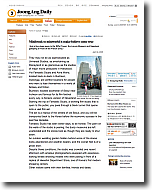 many such publications to print

favorable reviews of the park.

Miniature Buildings for use in Museums, Film

WonderWorks Neuschwanstein model shot at AiinsWorld in Korea and the photo

modified to look like a vintage postcard.   Our attention to detail makes it

difficult to determine if this is a model or the real item!