THIS PORTION OF SITE UNDER CONSTRUCTION (Aug. 2019):  WonderWorks has provided sets, exhibits and concert elements for:

stock when first seen on stage.

It is even fully driveable

Once a button is pressed, it

Transforms into a full

stage with lights and sound in less

without a single problem. 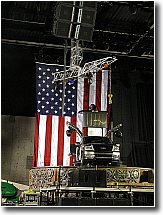 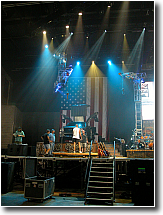 Ford Transformer Truck had to operate

and drive to become a stage.

The truck created for these events

Toby appeared magically from a cloud

of smoke generated on board the

to create a "stage" for the performers

The imagery was such a hit that WW

had to repeat each December for

"flew" in formation at the opening of

WW modified a Ford truck to fly a 60'

long American Flag at speeds up to 100 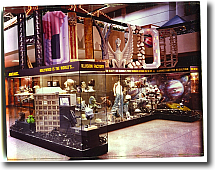 Re; Hollywood Props and Foreground

Education for more than 40 YEARS!